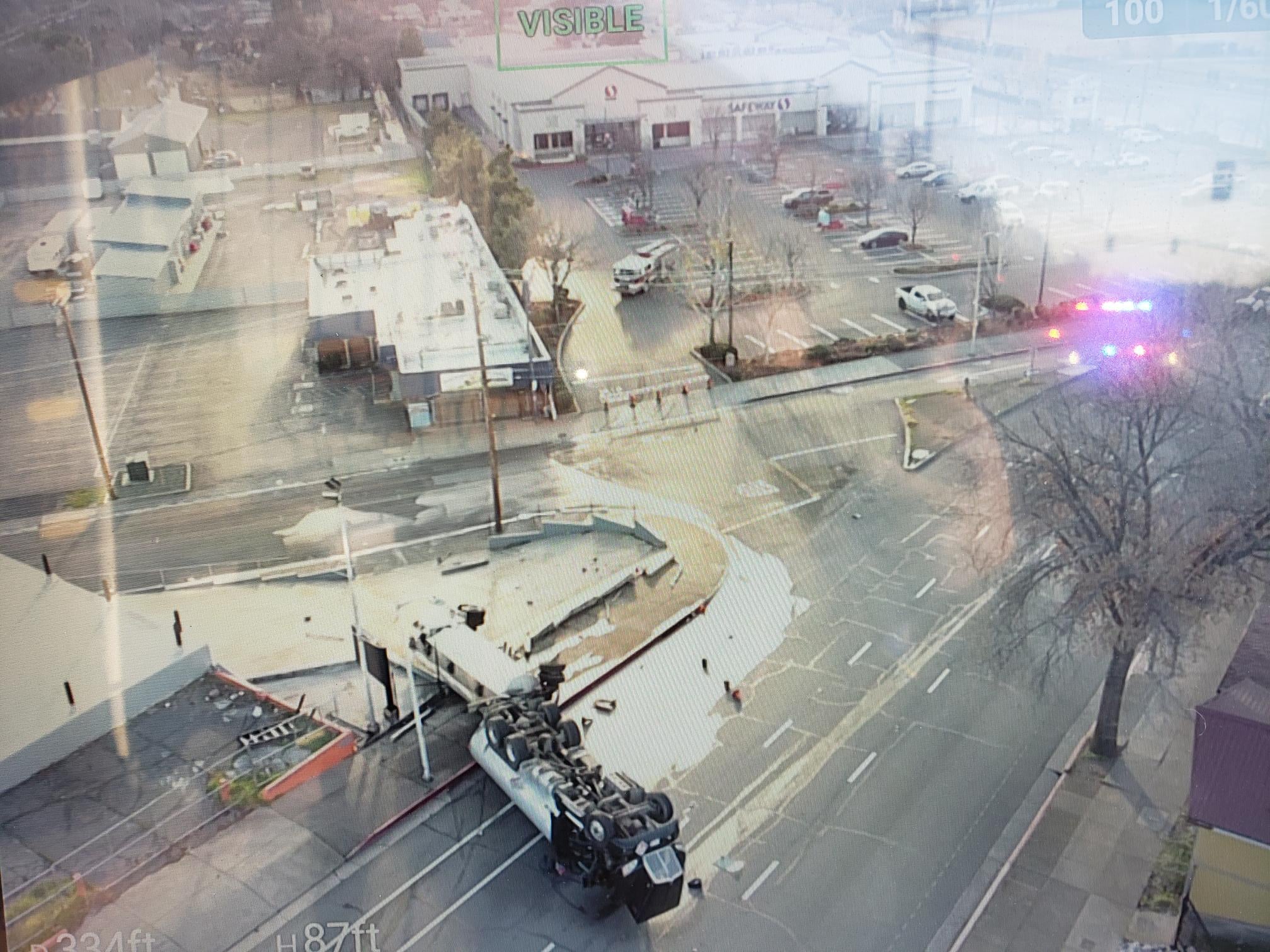 There are some extended road closures in Downtown Redding. Early Friday morning an SST fuel tanker truck rolled over on Pine Street just north of LuLu’s Restaurant. Redding Police believe excessive speed was a factor and that as the truck hauling double tanker trailers rounded the slight left curve near Safeway, a wheel on the rear trailer may have clipped a curb and started the rollover. The 51-year-old driver of the truck was transported to Mercy Hospital. She suffered minor injuries. About 8,000 gallons of mixed gasoline, diesel and jet fuel ran down the gutters throughout much of the neighborhood below Pine Street and into the A.C.I.D. Canal and Calaboose Creek, which runs into the Sacramento River. Closures include Pine Street at Cypress Avenue, Westbound Cypress at Athens, East Street to Gold, and Locust Street. Just before 2PM Friday, Redding Police reported the road closures and the shelter in place order for neighborhood residents will remain in effect until 9 O’clock Friday evening. Cypress Elementary School has been told to cancel classes.